The legendary Nozawa Onsen Fire Festival takes place each winter on 15th January. Regarded as one of the three great fire festivals in Japan, this spectacle is unmissable if you are visiting the Hakuba Valley at the right time. This exciting and dazzling cultural event is an unforgettable and unique experience, offering a glimpse into the heart of Japan’s strong traditions and deep cultural values. Dating back to the mid-1800s, the Nozawa fire festival is well known as one of the Japan’s wildest traditional festivals. 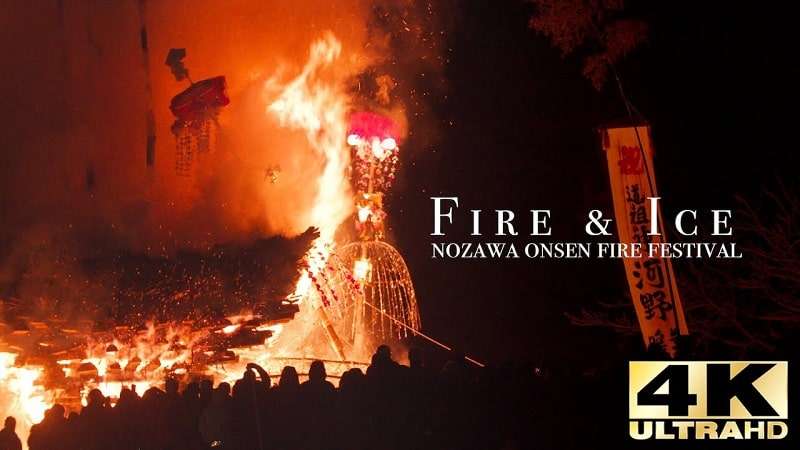 Deep in the snowy mid-winter, the highlight of the Nozawa Onsen fire festival is fierce clashes between the male villagers aged 25 and 42, considered unlucky ages in Japan. The rituals of the fire festival are considered a rite of passage for these men to protect them from evil spirits, celebrate the birth of a family’s first child and pray for happy marriages.

Known as the ‘Dosojin Matsuri’ in Japanese, the Nozawa Onsen Fire Festival honours the Dosojin deities or gods. Often carved in stone and found on roadsides in Japan, the Dosojin in Nozawa appear as two wooden poles painted as a male and female couple, now an iconic symbol of this quaint ski village. These deities are believed to protect and fend off misfortune. 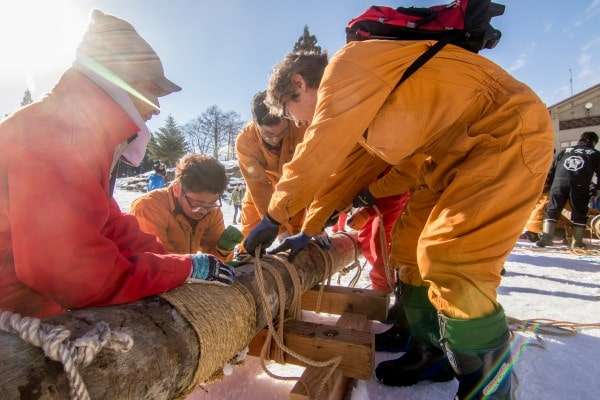 Trees cut down the previous year in October are brought down the mountain two days before the festival and then made into a huge 18m high wooden shrine. Usually around 100 villagers will take part in building the shrine or shaden. In addition, around five toro (lantern poles) are made to celebrate the birth of the first son of local families. These lanterns are offered to pray for good health and fortune. Before the action begins, the shrine is blessed by a local priest. 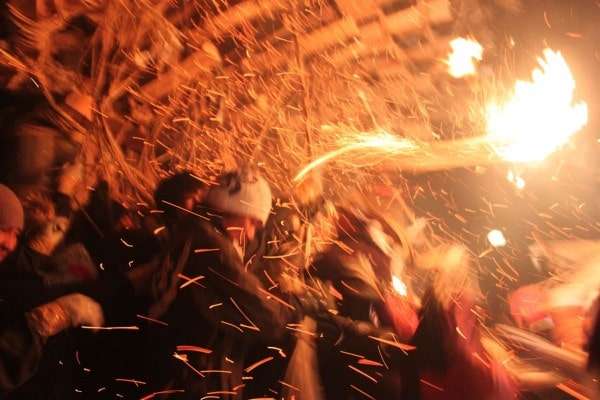 The Battle of Fire

Starting at 8pm, the Fire Festival goes on into the night for many hours. The highlight is a fierce battle of fire between the torch-bearing villagers in their attempt to burn the wooden shrine down, and the 25 year olds who ferociously defend it on the ground. What ensues is a wild spectacle that has to be seen to be believed. Meanwhile, the 42 year old men sit at the top of the structure singing, chanting and drinking sake. Make no mistake, this is an event fuelled by sake, so don’t be surprised when you see drunken local firemen float through the crowds of bedazzled onlookers offering alcohol to everyone. The atmosphere is nothing less than electric. Culminating in the burning down of the wooden shrine, the event is wild and unpredictable, and we don’t recommend wearing your best clothes or ski jacket. 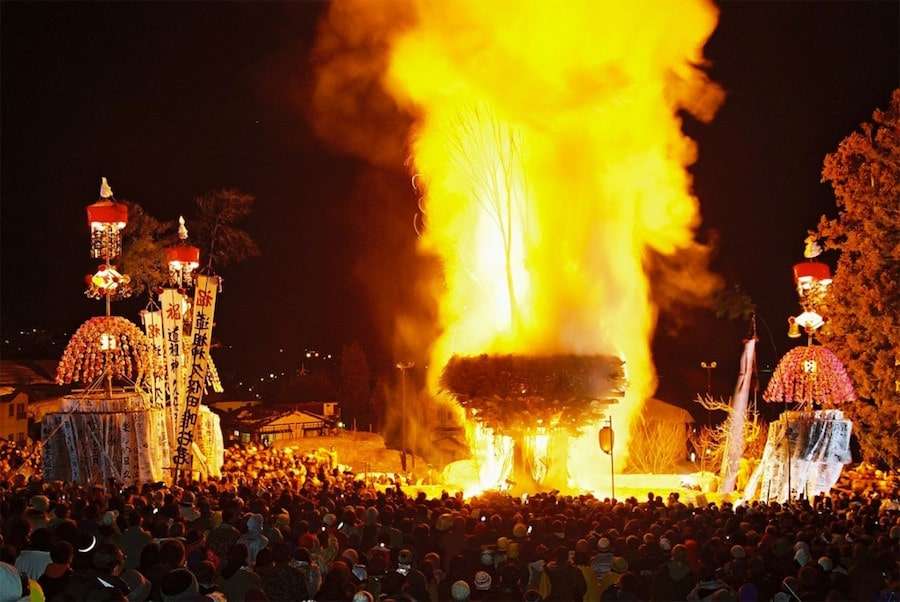 To experience a fire festival in Japan is to experience first-hand authentic Japanese culture and tradition, and witness the local Japanese people completely let loose to the extreme! It is a unique and incomparable opportunity that we wholeheartedly recommend.