It is hard to believe that we are now well into the third year of the COVID-19 pandemic. Almost all of us have, in some way, been affected by this pandemic, and Japan (and most notably Japan ski resorts such as Niseko and Hakuba) is no exception.

In this article we attempt to keep you up to date with the status of COVID-19 in Japan, how this has affected winter travel over the past few ski seasons, and what it means for future travel to Japan.  For the latest updates, please refer to the August 8th, 2022 section at the end of the article.

Japan officially closed its borders to international visitors in May 2020 to restrict the spread of COVID-19. The border restrictions meant that virtually no foreign tourists were allowed entry into Japan and Japan ski holiday bookings came to an abrupt halt which was to last longer than anyone could have anticipated. Restrictions began easing up in November of 2021 right when the Omicron variant hit which reversed the easing further until March 2022, when certain Foreign nationals, students, and business travellers were once again allowed entry.

For several weeks following there was no announcement as to when Japan might reopen to tourists, and there was a lot of speculation that nothing would be announced prior to the 2022 general election taking place in July. However, on May 5th 2022, during a meeting with British Prime Minister Boris Johnson, Japan Prime Minister Fumio Kishida told Johnson that Japan plans to ease restrictions for travellers as early as June, in a gradual reopening plan aimed specifically at tourism. Kishida said that he plans to bring Japan on par with other Group of Seven nations in terms of restrictions and requirements. This would indicate that while certain conditions must be met (eg. full vaccination status), there will be much less limitations upon arrival such as mandatory quarantine periods. This is certainly welcome news to most travellers who have been kept out of visiting Japan for the past 2+ years.

For a long while, Japan seemed to be ahead of the game on COVID-19 infections with extremely few cases per capita, and an exceptionally low death rate considering Japan’s aging population. Japan experienced a much smaller wave than most other countries initially and then experienced a small second wave in August. Things started improving again until late November when the country experienced a sharp peak and a third wave of infections. Various lockdown measures in large municipalities helped to get the third wave under control quickly, and things were looking up again until late July 2021, the start of the fifth wave which peaked in late August and has been on a sharp decline since, thanks to the strict lockdown measures imposed in some of the larger municipalities including Tokyo and Osaka.

After some initial criticism, Japan did end up carrying out the 2020 Tokyo Olympic Games, and in the end, many say that the Olympics were carried out successfully and safely.

While lagging behind other countries on the vaccine rollout initially, at the time of writing, Japan has not only caught up, but have in fact the highest percentage of fully vaccinated citizens (over 82% and climbing are fully vaccinated, and over 52% have received their booster at the time of writing) out of all G7 countries. This is some very positive news and a hopeful sign that Japan travel restrictions will begin easing in the coming weeks and months.

In an aid to reboot the economy damaged by the coronavirus, the Japanese government launched the Go To Travel Campaign in July, which offered big discounts on travel inside Japan for domestic residents. The campaign had largely contributed to Japanese ski resorts such as Niseko and Hakuba being able to operate as close to normal as possible early on, given the increase in domestic visitors compared to a regular ski season, who may not usually book ski holidays. With COVID numbers increasing from November, the government suspended the Go-To Travel campaign in December with no immediate plans to relaunch.

Some Japan ski resorts such as Hakuba saw record numbers of visitors during their green season (hiking the Japan alps – a fantastic green-season activity in Nagano), a trend which many property owners were hoping would continue over the ski season as well.

Despite the incredible snowfall, Japan ski resorts were not unaffected by the pandemic. You can read more by following the links on how COVID has affected Japan, Niseko and Hakuba ski resorts, 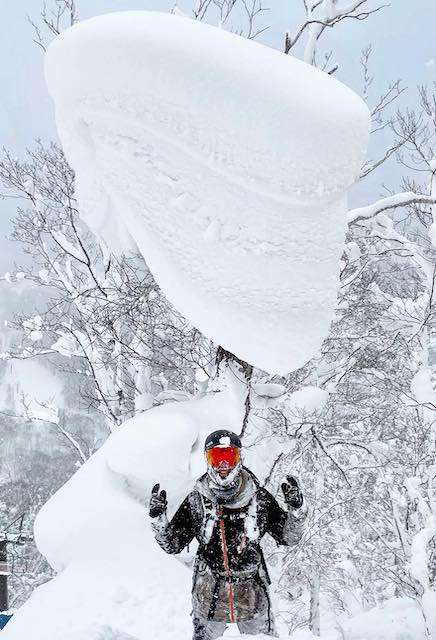 Looking Ahead – When will Japan re-open for travel?

Some of us were lucky to be in the thick of the powder dumps the Japan ski resorts received over the 2020/21 and 2021/22 winter ski seasons. However, most of us had to dreamily watch from afar, making a mental list of all of the incredible Japan ski experiences we can store for the upcoming 2022/23 Japan ski season!

With the long-awaited announcement from the Japanese government on the resumption of tourism having come earlier than expected in May 2022, things were looking very optimistic.  At the time, Japan PM Fumio Kishida announced that he planned to ease border restrictions “in line with other G7 nations” as early as June.  That statement would indicate that tourism would resume “as normal” in the very near future.  Shortly following this announcement, Japan took its first steps in reopening, allowing certain groups (including foreign nationals, business travellers, students) and a small number of tourists to enter from the beginning of June, 2022.

Unfortunately, the promise of tourism resuming in line with other G7 nations has not yet come to fruition. While some tourists are allowed entry, they must have applied for a special ERFS visa in advance of arrival and adhere to rather strict guidelines which includes being part of a guided packaged tour with a pre-determined itinerary.  Unfortunately, this is at odds with how most travellers would wish to visit Japan with the freedom to stay where they want and do as they please.

The question on everyone’s mind is when Japan tourism will resume properly and that regular, independent tourists will be allowed entry.  There was much speculation that some kind of announcement would be made following the general election which took place in mid July, however with the recent peak in Covid cases and Japan undergoing its 7th wave , hopes have become dampened that this will happen before the end of the summer.

Despite these setbacks, it is not all bad news.  There is much conjecture that following the imminent and sharp decline of Covid cases, along with widespread murmurs that Japan plans to reclassify COVID into a lower category in line with the flu, further announcements with regard to reopening are just around the corner.  And while it may be too late for the summer season, we anticipate that reopening plans could align well with the peak tourism season (autumn), and well in advance of a winter ski holiday.

With the yen at an all time low and some fantastic early bird discounts on Niseko accommodation and Hakuba accommodation, together more relaxed cancellation policies, many properties are already starting to book out for peak dates making this the perfect time to book your Japan ski package.

Get in touch with us now to enquire about your next Japan ski experience! 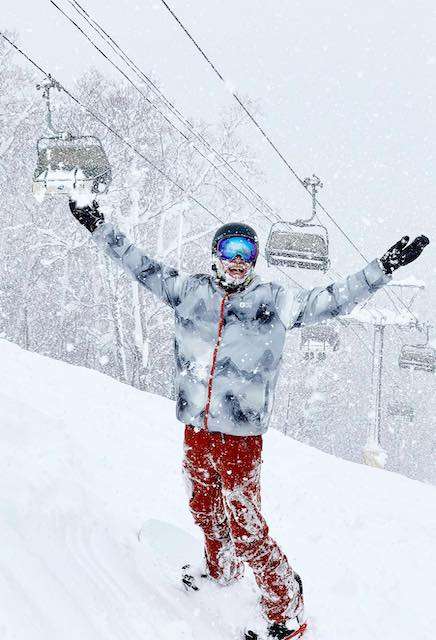